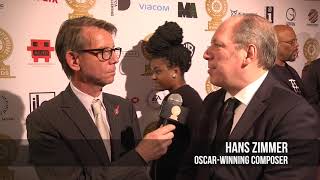 GMS Secretary and Board Member Jonathan McHugh hosts the recap video for the 8th Annual Guild of Music Supervisors Awards held on February 8th, 2018 at The Theatre at Ace Hotel in Los Angeles, Calif. For more information on the event, including complete list of winners, visit: http://gmsawards.

The 8th Annual GMS Awards were held on February 8th, 2018 at The Theatre at Ace Hotel in Los Angeles, CA recognizing excellence in Film, Television, Trailers, Promos, Advertising, and Video Games. 18 awards were given out, including the annual Legacy Award recognizing music supervisor Becky Mancuso-Winding for her contribution to music in film and excellence in the craft of music supervision, and the first ever Icon Award to the legendary songwriter and performer Kenny Loggin

NOTE: Kenny Loggins will also perform a medley of his hits at the event VIA VARIETY Kenny Loggins will receive the Icon Award at the Guild of Music Supervisors Awards on Feb. 8 at Los Angeles’ Theater at Ace Hotel. It is the first time the Guild is bestowing the honor, which recognizes outstanding achievements in film, television, and soundtracks. Loggins, whose songs have been featured in such hit films as “Caddyshack” (“I’m Alright”), “Top Gun” (“Danger Zone”) and “Footloos

GMS Podcast 12: Rising Above The Volume

GMS Podcast 05: The Music Of Back Panther